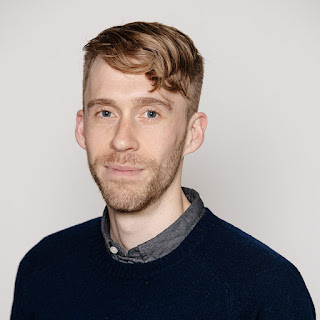 A new report brings together evidence from around the world on preventing, reducing and ending coercion in mental health settings. The report, authored by Bernadette McSherry, Cath Roper, Flick Grey and myself, was commissioned by the Office of the High Commissioner for Human Rights to inform the work of the Special Rapporteur on the Rights of Persons with Disabilities, pursuant to the Human Rights Council.

The report seeks to compile leading practices from around the world on alternatives to coercion, as well as to identify gaps in the research.

Readers of this blog will know that the CRPD – the Convention on the Rights of Persons with Disabilities – challenges governments to improve access to voluntary supports for persons with psychosocial disabilities and to end coercive interventions. The United Nations Committee on the Rights of Persons with Disabilities has unequivocally directed governments to eliminate detention and forced treatment on healthcare grounds as it violates the CRPD.[1]

For decades prior to the CRPD user/survivor activists have sought to reduce, prevent and eliminate coercive practices. Coercion includes detention and non-consensual treatment, to the use of seclusion, physical force, the use of belts or straps to restrict movement, or pharmacological interventions to control behaviour.

We wanted to know whether coercive practices can be reduced, prevented and eliminated. Our review examined efforts in hospitals in high-income countries, to family homes in rural parts of low- and middle-income countries.

The review isn’t exhaustive, as it was confined to English-language resources. A larger review is needed to uncover empirical research and reports of promising practices, particularly in non-English-speaking regions. It is also likely that we missed important resources. The review could be updated periodically.

The report is freely available and includes three handy tables at the end of the report. The first, summarises the formal, scholarly literature. The second, lists ‘grey literature’ – such as policy documents, materials released by disabled people’s organisations, and so on – as well as existing reviews of different practices, such as advance directives. The third appendix lists initiatives from around the world, including the work of TCI-Asia.

Given the emphasis in this blog, I will briefly summarise the findings concerning the Asia Pacific. There were very few English language resources on efforts to reduce and end coercion.

Studies from India, Indonesia and China appeared in the review but given the low number of studies, few generalisations can be made. There is a clear need t record good practices, including better understanding the concerns of persons with psychosocial disabilities and others concerned with coercion in mental health settings.

There were only two Indian studies: Shields and colleagues sought ‘client and carer’ views on psychiatric advance directives,[2] while Raveesh and colleagues examined the attitudes of psychiatrists and caregivers to the use of coercive practices. Participants in Raveesh’s study recommended ’empowering patients, improving hospital resources [and] staff training in verbal de-escalation techniques’.[3]They call for ‘standardized operating procedure[s] in the use of coercive measures’; this recommendation is not an alternative to coercion per se, though the authors argue that clear regulation would reduce coercion overall.[4] The counterargument is that such regulation may cement the use of coercion in day-to-day practice.

Three peer-reviewed studies were undertaken in Indonesia, all concerning the practice of ‘pasung’, that is, the shackling or restraint of persons with psychosocial disabilities in family homes and communities. Minas and Diatri, in their observational study on Samosir Island, argued that the ‘provision of basic community mental health services, where there were none before, enabled the majority of the people who had been restrained to receive psychiatric treatment and to be released from pasung’.[5] Puteh and colleagues similarly concluded that the ‘development of a community mental health system and the introduction of a health insurance system in Aceh (together with the national health insurance scheme for the poor) has enabled access to free hospital treatment for people

with severe mental disorders, including those who have been in pasung’.[6] They argue that it can inform ‘other low and middle-in- come countries where restraint and confinement of the mentally ill is receiving insufficient attention’.[7] Suryani and colleagues take a slightly different approach in applying a programme to address pasung; they sought to integrate more culturally-specific forms of support, which they describe as a ‘community-based, culturally sensitive … mental health model’ that assisted all 23 people subject to pasung to show ‘a remarkable recovery within 19 months of treatment’.[8]

In China, a study by Guan and colleagues was a largescale, national project, involving a nationwide two- stage follow-up study to measure the effectiveness and sustainability of the ‘unlocking and treatment’ intervention and its impact on the ‘well-being of patients’ families’.[9] Similar to the Indonesian studies, the unlocking process referred to an intervention to free people from deprivations of liberty in family homes or communal spaces (such as villages). 96% of participants were reportedly diagnosed with schizophrenia. Prior to unlocking, their total time locked ranged from two weeks to 28 years, with 32% having been locked multiple times. The authors reported that over 92% of participants remained free of restraints in 2012 and they argued that ‘[p]ractice-based evidence from our study suggests an important model for protecting the human rights of people with mental disorders and keeping them free of restraints […][via] accessible, community based mental health services with continuity of care’.[10] China’s ‘686’ Programme may be useful, therefore, for informing efforts in low-resource settings where community locking of persons with psychosocial disabilities is practiced. However, it does not appear that any of the research in the Asia Pacific – at least to our knowledge – included persons with psychosocial disabilities themselves on the research team, unlike some of the research in Western Europe and North America. More research may also be needed to determine whether the reduction of ‘informal’ coercion in countries like Indonesia and China, may have led to an increase in ‘formal’ coercion, through health services.

Caution is necessary on this front, given TCI-Asia has warned of a growth of psychiatric institutions in Asia, as well as laws which authorise non-consensual psychiatric interventions.[11] In a submission to the CRPD Committee, TCI-Asia warn that ‘even though mental health legislations do not exist in many [Asian] countries, and some have [only] recently adopted new coercive mental health laws, mental institutions are coming up quite fast, resulting in the escalation of barriers to inclusion’.[12] It may be useful for organisations representing persons with psychosocial disabilities to influence research that captures effective alternatives to coercion.

In the Pacific, there is evidence of efforts to address coercion in the mental health context.[13] The Pacific Disability Forum Sustainable Development Goals/CRPD Monitoring Report 2018, for example, notes that ‘[s]ome resources are still used to fund services in education and mental health that are not aimed at inclusion and participation and should be reallocated towards inclusive programs’. However, the report also highlights positive measures, such as the Kingdom of Tonga’s first National Disability Inclusive Health Plan 2016-2020, which is designed to strengthen access to health care, rehabilitation and mental health services for people with disabilities in Tonga.[14] However, the extent to which such formal services are genuinely rights-based, recovery-oriented and trauma-informed – and which avoid coercion – is unclear.

More research is needed to identify positive actions being taken in Pacific Island countries and New Zealand (and indeed, Australia) to reduce, prevent and end coercive practices in the mental health context, including among indigenous communities.

On this latter point, it is noteworthy that the Family Group Conference approach, which has become prominent in Dutch efforts to reduce coercive psychiatric interventions, was developed from Maori approaches to family law disputes.  In New Zealand, a handful of crisis respite services are Māori-led, or incorporate Māori cultural practices. Awhi Rito, for example, provides crisis respite for mothers and their babies.

Outside of the Asia Pacific, the research challenged certain assumptions in typical mental health services, such as the notion that psychiatric wards need to be locked. This assumption is based on a belief that locked doors prevent people from absconding, attempting suicide or dying by suicide.

However, German researchers examined around 350,000 admissions to 21 hospitals over a 15-year period & found “insufficient evidence that treatment on locked wards can effectively prevent these outcomes”. In fact, their research suggested the opposite. Open wards were associated with a decreased probability of suicide attempts, absconding with return, and absconding without return, though open wards did not appear to affect rates of death by suicide.

In Germany, according to Zinkler, some hospitals (mostly in small towns and rural areas) have almost completely abolished compulsory psychiatric treatment, with no corresponding increase in other types of coercion or violent behaviour.

These are just a few examples from the report. Although the literature was diverse and relates to a whole range of practices which makes it hard to standardise solutions, there is good evidence to support a range of initiatives in community organising, policy, law and practice.

Reassuringly, it seemed that whenever governments, service providers or community advocates made concerted efforts to reduce, prevent and end coercive practices, they largely succeeded.

Perhaps another important lessons for advocates, activists and allies of people with psychosocial disabilities in the Asia Pacific is that good practices are likely to be happening already, but that it can be important to record these practices, including documenting any successes (or failures).

There have not been any jurisdictions that have implemented all the positive measures to reduce coercive practices in family homes, social and housing services, hospitals and community services. Perhaps a future study could what would happen if multiple initiatives, in family homes, crisis respite houses, hospitals and elsewhere, were introduced together with the explicit of reducing and eliminating coercion from responses to psychosocial disability.

Dr Piers Gooding is a socio-legal researcher at the Melbourne Social Equity Institute, at the University of Melbourne. He is on Twitter at @P_Gooding 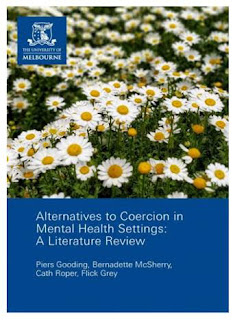