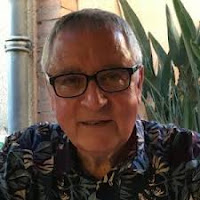 Dr. Philip Thomas.
The #WhatWeNeed campaign coordinated by Transforming Communities for Inclusion (Asia Pacific – TCI-AP) coincides with the Global Mental Health Ministerial Summit being held in London this week – World Mental Health Week. TCI-AP and other groups and organizations are rightly concerned that this summit, organized secretively and without any input from people living with mental health problems or psychosocial disabilities, threatens significant advances made recently in mental health care. In Low and Middle Income Countries (LMICs) these advances have been grounded in community involvement and understandings, based in a human rights perspective. The lack of disabled people’s involvement in the organization of the Ministerial Summit is in contravention of Article 4 of the United Nations Convention for the Rights of Persons with Disabilities (see https://www.un.org/development/desa/disabilities/convention-on-the-rights-of-persons-with-disabilities/article-4-general-obligations.html) under which signatories are obliged to involve people with disabilities in making decisions that directly affect their lives.
A charitable view of the Global Mental Health Movement (GMH) is that it represents a top-down approach to mental health policy and practice based in the expertise and interests of academics and politicians in the Global North. An alternative view is that it is a form of neocolonialism in which the Global North preaches paternalistically to the Global South because it believes that it knows what is best for people in LMICs. Nothing could be further from the truth.

I say this because the reality in the UK is that mental health theory, practice and services are in a mess. Take, for example, the biomedical theory of depression, which despite the best efforts of its critics, continues to dominate mental health services. Many psychiatrists cling to the discredited view that antidepressant drugs are effective because they rectify a ‘chemical imbalance’ in the brains of people suffering depression. This is despite the fact that sixty years of biomedical research has failed to reveal any scientific evidence of a ‘chemical imbalance’ related to depression. It’s hardly surprising then, that despite the claims made by and the profession of psychiatry, the drugs used to treat depression are neither effective nor safe. Recent evidence suggests that claims for the effectiveness of antidepressant drugs are inflated, and they confer only marginal benefits over placebo, the dummy tablets used in drug trials (Bracken et al, 2012).

Of even greater concern is the growing evidence that once started, antidepressants can be very difficult to stop. A recent systematic review (Davies & Read, 2018) indicates that over half (56%) of people who attempt to stop taking antidepressants experience withdrawal effects, and almost half of these people describe the withdrawal effects as severe. These withdrawal effects can last for several weeks or months. Linked to this, a senior member of the Royal College of Psychiatrists acting as an advisor to a government review into antidepressant use, has had to resign from the review in a dispute over a conflict of interest. Together with the President of the College he wrote a letter to The Times in February 2018 that minimized the side effects of coming off antidepressants. This makes it difficult to place much trust in the pronouncements of senior psychiatrists about the effectiveness and safety of drug treatments in psychiatry.
The fear that many people have, one that I share, is that the Ministerial Summit will result in a strengthening of the highly dubious biomedical model in LMICs. There are only two sets of interests that would benefit from this, the experts and academics (mainly, but not exclusively) from the Global North, and of course the pharmaceutical industry, through the opening up of new markets for their products. Given the growing evidence for the harmfulness of many psychiatric drugs, including the neuroleptics used to treat psychoses (Moncrieff, 2013), this has echoes of the tobacco industry’s baleful targeting of markets in LMICs, as governments in the Global North have introduced draconian measures to reduce sales of tobacco products because of the severe health hazards associated with their use.

The role of the British government in this Ministerial Summit is particularly cynical and duplicitous. Since the economic crisis of 2008 successive UK governments have implemented increasingly severe programmes of austerity aimed at reducing the size of the state and public spending. This has had a catastrophic effect on the lives of people who are unable to work because of disabilities. In the England the latest Adult Psychiatric Morbidity Survey (APMS, 2016) found that over the last twenty-five years (over which time austerity has increased) there has been a steady increase in the incidence of common mental disorders in the population, despite the widespread use of so-called ‘effective’ drug and psychological therapies. Between 2007 – 2014 the survey found that reports of self-harm doubled in both men and women. Over the same period there was a broadly upward trend in suicide rates for both men and women. The mental health of unemployed people has been particularly badly affected. Two thirds of people receiving Employment Support Allowance (a benefit paid to people unable to work because of illness or disability) reported suicidal thoughts and nearly half made suicide attempts (APMS, 2016). Indeed, across Europe austerity policies have been identified as being bad for health (Brand et al, 2013).

Despite the growing evidence that the economic policy of austerity has had disproportionately negative consequences for the lives of people with mental health problems and disabilities, the British government refused to undertake a cumulative equalities impact assessment on the effect of its changes to benefit entitlement for disabled people, claiming it was too difficult to undertake. However the Equalities and Human Rights Commission (the UK’s human rights watchdog) subsequently carried out the assessment, to show unequivocally how austerity has had the greatest negative impact on the lives of disabled people (Portes et al, 2018).
I could go on and point to the evidence that biomedical explanations of mental health problems make stigma (a target for the Ministerial Summit) worse, but space is pressing. The Summit reveals all that is wrong about top-down approaches to mental health. Worse, it reeks of neocolonialism. It is an attempt through sleight of hand, smoke and mirrors, or other means of trickery, to pass off a dubious product of the Global North as something of benefit to people in LMICs. It will be imposed without consultation or involvement from disabled people in those countries, whose interests it will not serve. This is why it must be resisted, and why the #WhatWeNeed campaign has my full support. 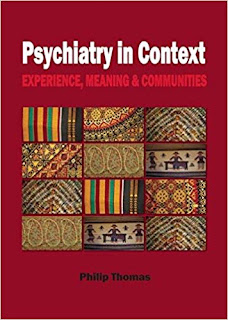