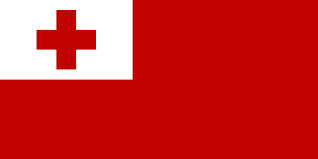 Tonga was never colonized by any country. It did not have a mental health law until 1992. However, it had ‘friendship’ status for 70 years with Britain. It was a British ‘protectorate’ from 1900 until 1970, when it attained full Independence. It always retained its political sovereignty; However, many of its land, foreign, tax, trade, and various other civil policies were derived from the British. Therefore, along with other erstwhile British protectorates and colonies in the Asia Pacific, Tonga is a commonwealth nation. Following the exit of the British in the 1970s, Tonga reinstated monarchy. It is the last Polynesian monarchy in the Pacific Islands. In 2010, the Kingdom of Tonga became a constitutional monarchy rather than being an absolute kingdom [1].

TCI Asia Pacific advocates that the action field for persons with (psychosocial) disabilities is not the ‘mental health’ sector, but the ‘development’ sector. Tonga comprises of 169 islands, of which 36 are inhabited. It has a population of around 103000 people, of whom majority live in Tongatapu, the main island. Tonga is classified as ‘LowerMiddle’ income country by the World Bank, in their classification of 2016 [2]. The economy is aid dependent. Most aid assistance for Tonga comes from Australia, New Zealand and Japan. Environment, climate change, energy, agriculture, are attracting bilateral funding. The state continues to be the dominant service provider in the kingdom. There is no social protection scheme in Tonga, traditional social systems, extended family system and kinship ties however act as safeguards for socio-economic adversity that individuals and families may be facing. NGOs exist and women’s empowerment is negotiated by the WIDC, which works from within the Prime Minister’s office and is involved in development activities and political decision making.

Needed: Disability in Development and Abiding by International Commitments

There are 3 national disability organizations, trying to work out co-operations among themselves and with larger movements. However, there is no motivation as the CRPD is not ratified yet. There is a good presence of UN Bodies such as UNDP who have contributed to development projects in Tonga, and also the WHO, with a health focus. Tonga has a history of signing international conventions and treatises, however, ratification is pending on several. CEDAW, now, remains to be ratified. Tonga has signed, but not ratified the UN-CRPD. Psychosocial disabilities and mental health remain on the fringes of policy and of the cross disability movement. There is a national disability policy; as well as an Ombudsman as a process under the Public Relations Act.

Needed: A Social Model of Support for Persons with Psychosocial Disabilities [3]

One of the reasons that TMHDA invited TCI Asia – Bapu Trust in October of 2017 was to share a community/arts based/support perspective into their public discourse on mental health. The mental health system is still very much medical in model with no other available community based services. A provision of services is mandated by the Mental Health Act 1992 (Kingdom of Tonga, 2001c). There are no large, warehousing type of mental asylums as usually found in the Commonwealth. Tonga’s main and only psychiatric unit is attached to Vaiola Hospital (located in the capital city Nuku’alofa) and is a general hospital psychiatric unit (GHPU). However it has been called a “hotch-potch mini institution” by the senior psychiatrist Mr. Mapo. The unit is staffed by a medical officer, a mental health welfare officer, psychiatric assistants and a social worker, and is headed by the region’s senior psychiatrist, Dr. Mapo. He has been appointed as Tonga’s national focal point for mental health and disability by the Prime Minister. The facility has 12 beds, although it frequently exceeds this number of patients. The unit works to “medically rehabilitate chronic psychiatric patients” through outpatient review, continued psychosocial rehabilitation, home visits and “medication on wheels”. The most common reasons for admission are ‘schizophrenia’ occurring in almost one in every two persons followed by ‘bipolar mood disorder’ in roughly 30% of persons.

WHO Regional Office for the Western Pacific reports that many Pacific Island countries have suicide rates which are higher than the global average (WHO-WPRO, 2013). Break down of traditional family systems, out-migration, parenting issues, child abuse, suicidal thoughts, ideation and attempts among young people, obesity, alcohol and other substance use among the young, have become a major concern in the kingdom. However, psychosocial naming of people’s concerns, studies on psychosocial distress and any news about community based support systems are not available in the literature.

While professionals advocate for a ‘half way house’ for those transitioning from inpatient mental health care back to the community, the hospital unit has an open door policy whereby patients can drop in to seek respite and care on voluntary basis. However, coercion is practiced and numbers of involuntary commitment patients are recorded at 90%. The Mental Health Act also provides for compulsory community treatment orders but the objective cannot be met as regulatory system cannot match up. It is recognized that ‘institution based rehabilitation’ must be replaced by CBR. Funding for mental health and well being services is very low at only 1% of the Ministry of Health’s total expenditure, dramatically below WHO recommendations, mostly for medical treatments and improving infrastructure for practice of psychiatry. There are no ECT facilities in Tonga, closest being Fiji Islands, and so the moral questions faced by other commonwealth countries around the use and abuse of this controversial procedure, is not found here. 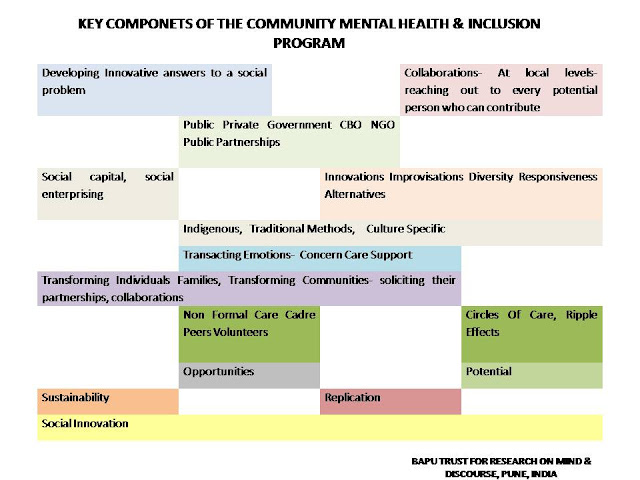 The ‘advanced’ countries are today struggling with loss of communities, state control and over-institutionalization. In the global south, however, there are not so many ‘mental’ institutions, though thousands of unregulated social care institutions do exist. The ‘custodial’ mentality remains due to mental setbacks caused by colonialism in most post colonial countries in the Asia Pacific. Poor availability of community services, poor regulatory mechanisms, liberalising economies, have their impacts on communities and systems, with abuses happening in open communities. Mental health legislation, a product of colonialism, has been a recognized barrier worldwide, for the serious discrimination of persons with mental health problems and psychosocial disabilities. The Kingdom of Tonga, like many other lower/middle countries in the Asia Pacific, does not have medicolegal institutions, or special organizations built on principles of ‘custody’. This is a huge opportunity to build communities around Inclusion.

2. Preparing multiple stakeholders for Inclusion – service providers in Tonga work in the remotest parts of the Kingdom closer to families and communities. The church is found in all parts of the Tonga human habitats. They are all stakeholders who could be trained in inclusion of persons with mental health problems and psychosocial disabilities. The policies in development, as they are emerging, could already have a psychosocial well being and inclusion component. Then, at the local level, partnerships for inclusion and mental health can be forged through many development pathways.

3. Programming communities for Inclusion – family and kinship structures, community networks, culture are strong sentiments in the Kingdom, as evident from Langi-Maa conference. Basic modules of non formal care giving and support for persons with disabilities including mental health problems, can be offered for families and communities through the existing networks and systems. Local NGOs can be roped into the trainings. Training modules could be geared towards creation of support networks, family systems strengthening, community awareness and skills building, negotiation and arbitration techniques, peace building techniques, etc.

The visit to the Kingdom of Tonga was tied to TCI speaking engagements in the Symposium, “LANGI MA’A 2017: TONGA MENTAL HEALTH AND DISABILITIES SYMPOSIUM, organized at the TANOA INTERNATIONAL DATELINE HOTEL, NUKU’ALOFA, from October 9th to the 13th, 2017. 3 areas were identified as useful to the development of the sector in Tonga:

1. Brief overview of the CRPD
2. Inclusion of persons with Psychosocial disabilities
3. Programs development and available treatments/services compliant with the CRPD.

This was the very first mental health symposium in Tonga post independence and TCI Asia was proud to have participated [5].

TCI Asia visit to Tonga was supported by CBM-Australia in partnership with the Tonga mental health and disabilities Association [TMHDA, Nukualofa, Kingdom of Tonga]. TCI Asia is partner with the International Disability Alliance (IDA). IDA provides technical assistance and guidance to TCI Asia.